A Brief Look at Exercise and Pregnancy

Working with pregnant clients in a training scenario can be done safely in many cases and throughout much of the pregnancy. The medical recommendations for pregnant women have changed over the years to increase amounts and types of exercise to benefit both the mother and her developing fetus. Awareness and precautions must be taken to create programs for these women as they progress through their pregnancy, and learning about the risk factors associated with pregnancy and your client specifically is a logical step to take when training pregnant clients.

Historically, prenatal physical activity has been influenced by necessity, race, ethnicity, social status, wealth, and culture. In the 18th century royal mothers-in-waiting may have been confined to bed while their equally pregnant servants catered to their needs. Peasant women were expected to work alongside their husbands, bear their children in the fields, and return immediately to their labors while the high-born women were lavished with care in late 19th century, early 20th century China.

As recently as the twentieth century, there were varying philosophies regarding the appropriate level of physical activity for prenatal women. In the 1920s and 1930s, a program of prenatal exercise was introduced in the United States with the goal of improving prenatal fitness to facilitate delivery, aid in return to pre-pregnancy weight, reducing labor pain, and improved fetal oxygenation. (Symons Downs 2012)

However, by 1949, the standard level of physical activity recommended for prenatal women consisted of housework, gardening, occasional swims, and short daily walks totaling one mile. Sports were to be avoided. (Symons Downs 2012)

In 1985, the American College of Gynecologists and Obstetricians (ACOG) issued its first recommendations for prenatal physical activity that endorsed aerobic exercise but cautioned care when engaging in high impact activities. Limits on duration were advised at no more than 15 minutes of strenuous activity, a heart rate of no greater than 140 beats per minute, and a core body temperature of no more than 100.4°F. These very conservative guidelines were developed by a panel of obstetricians, evidently without the input of pre and postnatal women. (Symons Downs 2012).

ACOG has since modified the pre and postnatal exercise recommendations. As of 1994 ACOG has changed their strict stance on maintaining a heart rate range below 140 bpm to accepting the rate of perceived exertion from mild-moderate, and a heart rate guideline of 50 -60% of maximum heart rate (HRmax).

ACOG maintains its stance to avoid exercises where there is a risk of falling or abdominal trauma and recommends 30 minutes or more of daily moderate exercise when no obstetric complications are present. 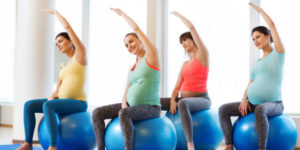 Benefits of Exercise during Pregnancy

In addition, benefits of prenatal exercise include: (ACSM 2018)

The developing fetus also benefits from exercise. According to a breakthrough study, “Mother’s Exercise During Pregnancy Programs Vasomotor Function in Adult Offspring.” (Bahls 2014), women who engage in regular aerobic exercise during pregnancy appear to improve the physical and mental health of their children into adulthood. The authors of the study opined that, based on their study, evidence suggests that aerobic exercise during pregnancy has the potential of programing the arteries of the infant to be more resilient and efficient. This appears to reduce susceptibility to cardiovascular disease across the lifespan.

They added: “A second important aspect of the findings in our study is that previous research identified the endothelium, which is the single-cell layer lining all blood vessels, to be susceptible to fetal-programming interventions. Contrarily, we show that the vascular smooth muscle was significantly altered in adult offspring from exercise trained mothers.”

Although no studies at this time suggest a risk to the fetus during maternal exercise, the relationship between fetal temperature, low birthweight, and maternal exercise is being investigated.

Fetal temperature is .5 degrees higher than the mother under normal conditions and most fetal heat is transferred to the mother across the placenta. Fetal heat is also transferred across fetal skin, amniotic fluid, and the uterine wall.

Exercise increases maternal and fetal internal temperatures taking more than one hour to return to normal. Studies show that exercising more than 5 times a week after the 34th week may result in lower birthweight babies. However, despite its earlier more conservative approach to prenatal physical activity, the American College of Obstetricians and Gynecologists updated its Committee Opinion number 650 (December 2015) to replace Committee Opinion 267 (January 2002) that incorporates a more liberal approach to maternal exercise.

All who are pregnant or those who may be pregnant should see their physician and have physician’s consent before initiating or continuing exercise. The doctor can determine the risk of exercise during pregnancy depending on the mother’s health/pregnancy history and other factors.

Pregnancies are considered high risk if one or more of the following factors are present:

There is a lot to learn and understand to safely work with pregnant clients. You want to guide your client through a pregnancy safely with an exercise program that will enhance the health of the mother and child. For more information about pregnancy and exercise see:

A Modern Approach to Exercise During Pregnancy by Danielle Noblitt Spangler.

An interactive online 4 hour Continuing Education Course with over 55 short instructional videos including exercises to use with your clients. Use code PREGNANCY20 to receive 20% off this course now through April 30, 2022!

Additionally, check out these video clips of exercises for pregnant women: 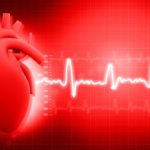 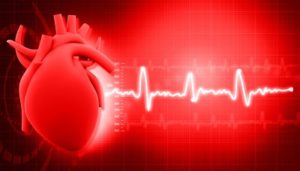 Understanding the Seven Stages of Grief and Chronic Illness 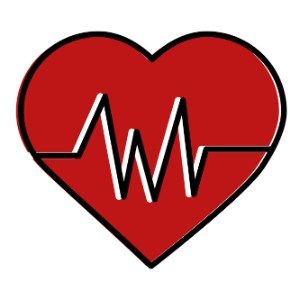 Call us with any questions you have regarding NAFC, our certifications, programs, or affiliation opportunities.